The Wellness Coalition planned a summer series with the goal of providing inspiring activities when parents are busiest and tourists are at a height. The series was open to all school age young people here, both island residents and visitors. It was hoped that interaction between Island and mainland kids would increase.

This is the first time that Wellness has engaged with a summer program, so the review contains the feedback and information about our attempts to promote it as well as what we did. Please offer feedback via Contact.

Tyler Ferdinand was hired to assist Jill Seppa in Coordinating the Series. O’Toole & Parr was hired to create advertisements for the events.

HeartSpace Driftwood Art Project; at capacity, 3 chaperones, 22 kids varying in age from 8 to 16, about 50% Island kids and 50% Visiting Children. The Wellness Coalition provided snacks and chaperones.

Promotion: This event ran in the Friday before the event Block Island Times and was on flyers that were hung around the Island.

Feedback: Everyone seemed to think this was a great kick off to the series. Paige and Felicia were a pleasure to work with and create a nice environment for the kids to express themselves creatively.

Teen Dance at Town Beach Pavilion; 75 children attended between the ages of 12-17. We had 8 chaperones and permitted use of the Town Beach Pavilion with a DJ. We had kids sign in with a parent contact info upon entering with dance rules posted. We had a photo booth, dinner and tiki torches and other decorations.   Kids asked us to do this event again when they were leaving.

Promotion: This was advertised in both the Summer Times, The Friday Paper, the On the Block and cars were flyered at Bingo the Tuesday before as well as it was announced at Bingo.

Feedback: The quality of the program was informative, helpful and clear. There was some talk of having her return to be with the middle and highschool kids during the year.

Promotion: Tyler sent a press release to the Block Island Times that was not printed. This was featured in a separate ad in both the summer times and in the Friday paper as a separate Scholastic Series, per .Dylans suggestion.  Flyers put on cars during Farmers Market

Promotion; in the Block Island Friday Times, flyers and chalkboard at BIMI, Facebook

feedback ; the games could be set up more tournament style, later in the afternoon or earlier in the morning would have been better timing versus prime beach time.

Day on the Water with Matt Bellace 22 kids attended the kayaking and paddleboarding and dinner. Jill cooked a healthy dinner of grilled chicken, grilled vegetables, garlic bread, spaghetti and meatballs,salad, pasta and watermelon. The meal was completely finished.

Feedback; it would have been better for there to be a cut off time for presigning up for paddleboarding and kayaking.   This was a low attended event. The kids who were there really interacted with Matt Bellace who really got in depth during dinner about addiction, the underlying causes and symptoms and finding your natural highs.

Feedback; perhaps having these the week after, a little closer to school when camp is over, many kids were at a Surf Camp.

Feedback; if there is going to be games it needs to start a bit earlier because it got dark quicker or just forget games and make it a bon fire with smores. We ran out of chocolate.

BIWC worked in collaboration with the following groups and businesses and thanks them for their support.

Wellness is also grateful to Tyler for his work and his suggestions.

BI is very vulnerable to sea level rise as well as other global warming effects. Facing this can affect our mental health, distress is a realistic response, not a weakness. Find ways to respond and keep well here at Climate Psychology US. 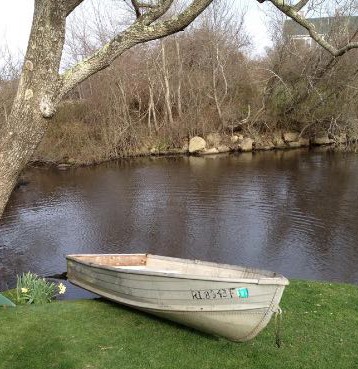